ErudiFi, the parent company of EduFinTech Dana Cita (Indonesia) and Bukas (Philippines), announced the acquisition of Series A funding worth $ 5 million or the equivalent of 70.5 billion Rupiah. This round was led by Monk’s Hill Ventures and Qualgro.

The fresh funds will be focused on strengthening business and recruitment aspects across various functions, including product and development, data, marketing and operations, as well as business development. The company will also increase the scope of educational loan services in its market area, one of which is by collaborating with more educational institutions and investing in developing new products.

This startup, which is part of the Y Combinator (W18) accelerator program, recorded initial funding from a number of investors, including Monk’s Hill Ventures, Intudo Ventures, Y Combinator, Convergence Ventures, Patamar Capital, and several others. They debuted in 2017 in Indonesia, and expanded into the Philippines market in April 2019.

Previously, Dana Cita was also a FinTech company that Gojek strategically partnered with to support financing in its ecosystem together with Findaya (a supporter of Gopay Paylater) and Aktivaku.

“Currently, almost two-thirds of young people in Indonesia and the Philippines are unable to enroll in higher education due to a lack of affordable financing. We are excited to continue our goal of expanding access to quality education in the region and helping build a better tomorrow,” says Naga Tan, Co-Founder & CEO of ErudiFi.

From the data summarized in the 2020 Edtech Report , in Indonesia there are several startups financing education. Apart from the Cita Fund, there are DANAdidik, Pintek, KoinWorks, and EiduPay. Pintek itself, at the beginning of 2021, had just announced the acquisition of $21 million in debt funding or the equivalent of 298 billion Rupiah from Accial Capital.

The business concept carried by Dana Cita is “Study Now, Pay Later” , allowing students or parents to apply for study financing loans at formal institutions. The platform will pay loan funds directly to the relevant institution. The loan tenor ranges from 6 to 24 months with platform fees ranging from 0 to 1.75% plus an approval fee of 3% of the total funds. Currently, Dana Cita has collaborated with 13 universities and 18 course institutions.

For partner institutions, ErudiFi also provides products that enable them to track disbursement , as well as provide an analysis platform for recruitment and retention. According to the data presented, in Southeast Asia the dropout rate reaches 10-15% annually, the main factor being financial difficulties.

This post was originally published on DailySocial.id, in Bahasa Indonesia. Read the original here: https://dailysocial.id/post/induk-startup-pembiayaan-pendidikan-dana-cita-dapat-pendanaan-seri-a-senilai-705-miliar-rupiah 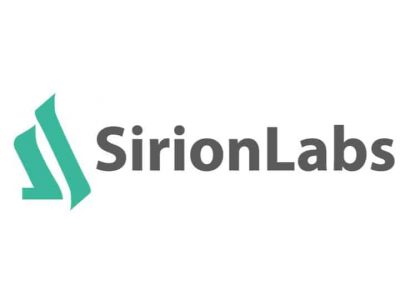